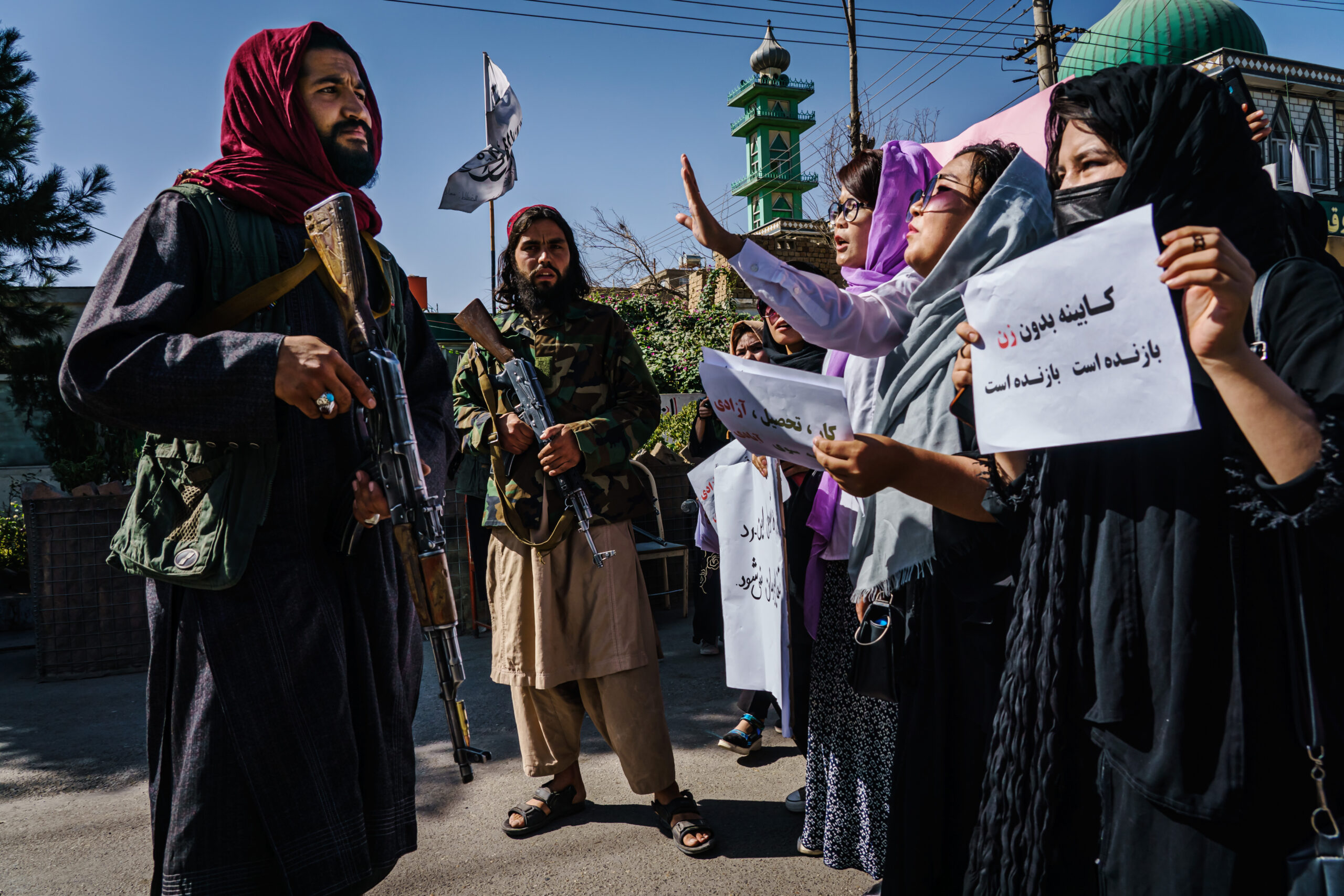 “Women’s rights are not just ‘western values’: a warning not to learn the wrong lessons from Afghanistan

The lesson we must learn from what happened in Afghanistan is that peace and security are not possible without respect for women’s rights and human rights.

Following the fall of the Afghan government to the Taliban, many members of the international community and the media have declared that efforts in Afghanistan to secure women’s rights and human rights are doomed to fail due to traditions and culture of my country. This is absolutely the wrong lesson to be learned from our experience in Afghanistan. Human rights and women’s rights are not “Western values”.

They do not belong to the West. These are universal values. As stated in the Universal Declaration of Human Rights in 1948, human rights are universal for everyone, everywhere, regardless of nationality, race, sex, religion, location or country. Political system.

Over the past 20 years, despite continuing fighting in the country, the Afghan people have made remarkable human rights progress, including reforming the law in accordance with the principles of human rights and equality. Women were represented in Parliament, the judiciary, government departments, the military, police, media, business and sports. A generation of young women were able to go to school and have the freedom to work. A generation of young women and men have been educated on human rights and women’s rights, and these are lessons they will not forget, even in the current situation. These achievements in human rights and women’s rights cannot be denied by anyone.

This article originally appeared in the Fall 2021 issue of Ms. Join today to read more stories like this in print and through our app.

The lesson we must learn from what happened in Afghanistan is that peace and security are not possible without respect for women’s rights and human rights. My country was plunged into 42 years of conflict from 1979 when the Soviets invaded Afghanistan. And over the decades, women’s rights have been violated. During the fighting, women and girls suffered the most as they were displaced and more vulnerable to sexual and gender-based violence, such as forced marriages, child marriages, child trafficking and other abuses.

During the Soviet invasion, the civil war that followed, and then the Taliban regime, women and girls were denied their most basic human rights in the name of Afghan religion and tradition. “Tradition” was used as unwritten code to control women’s bodies and abilities. And families impose more restrictions on female members in the name of protection, further reducing their space in society.

We must end the fighting in Afghanistan, but women’s rights and human rights cannot be sacrificed in the process. One of the reasons the conflict lasted so long was the lack of women in meaningful roles in the social, economic and political aspects of society. Another reason is that the international community abandoned the Afghan people after the withdrawal of the Soviet Union. This cannot happen again with the withdrawal of the United States and NATO.

Today, hundreds of thousands of people are displaced, lost their jobs and face even more difficulties with drought and the COVID-19 pandemic. About 70 percent of the internally displaced are women and children. They are impoverished and desperate, and live in fear of violence, lack of food and shelter and the future.

The international community must take immediate action to address the humanitarian crisis and prevent the deterioration of women’s and human rights. The international community must provide immediate humanitarian assistance through Afghan non-governmental organizations, which can reach the population and provide employment opportunities as well as direct support. Strong oversight mechanisms need to be in place to prevent corruption. Support for education and health care, including reproductive health care, is also needed.

The international community must speak with a coordinated and unified voice, led by the United Nations, which is one of the few institutions people trust, even though it needs financial and political support to strengthen its position. . And the UN envoy must be supported politically to gain the trust of the people.

Despite its military withdrawal from Afghanistan, the United States still has influence. Our neighbor, Pakistan, depends on American aid. He must be forced to pressure the Taliban to form a more inclusive government and promote a democratic system. The United States also has influence over other countries known to be Taliban supporters. In addition, the United States must work with other donors in a consolidated approach to Afghanistan. The proxy war in Afghanistan waged by members of the UN Security Council over the past four decades must end.

Women’s rights and human rights should not be negotiated aside. Aid must be conditional on women’s rights and human rights. The international community must encourage the Taliban to avoid taking revenge on those who have worked with the government and civil society. The way must be paved for reconciliation to stop the bloodshed while promoting accountability and access to justice for victims of war, including victims of sexual violence. Justice is an important ingredient of Islamic principles. Justice is not a luxury, it is a fundamental human right.

The international obligations of the Afghan government, in particular the international human rights instruments and agreements to which Afghanistan is a party, should be respected by the new government. These include equality between people of different ethnic religious groups and different genders. We Muslims believe that all human beings are born with equal dignity. The promotion and protection of human rights is a moral and shared responsibility for all of us.

The United States and the international community must keep their promises to ensure safe passage for Afghans who want to leave the country, including women’s rights defenders, human rights defenders and members of civil society whose lives is in danger in Afghanistan. Lasting peace will not be possible without the full and meaningful participation of women, who represent half of the population. As history has shown, without peace in Afghanistan, the problem will spread to other countries.

Unfortunately, recent events in Afghanistan show that history is repeating itself. We must learn from our mistakes.

Become a Mrs. MP today to get our fall issue before it hits newsstands. As a member, you support independent feminist media and you are part of a global community of feminists who care about the issues that matter to you.