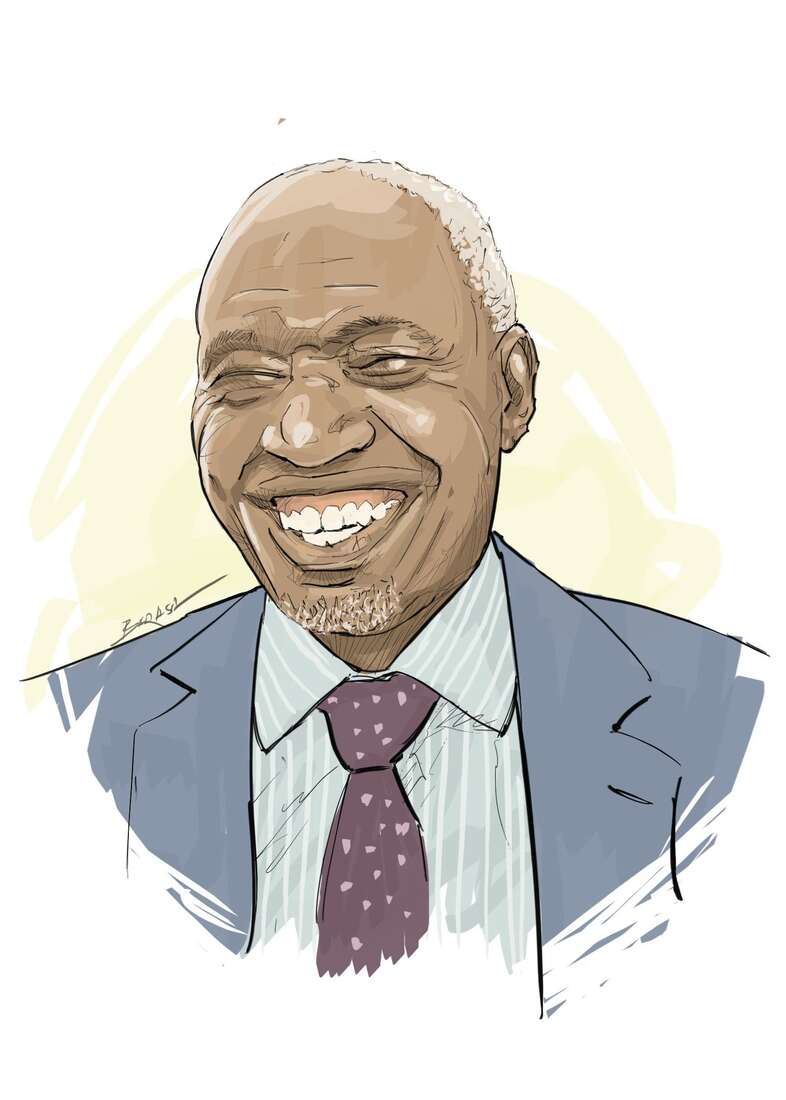 For some, Professor Paul Wainaina, Vice-Chancellor of Kenyatta University, is an uncompromising defender of the public university’s right to its property. For others, he is an administration gadfly that is obstructing government efforts to reallocate public land to other equally important projects.

At 71, the educator might never have imagined himself in a public controversy, including having to take an awkward position at odds with those of powerful people in government.

Last Wednesday, Professor Wainaina made a dramatic return to public university after his emotional speech to staff on July 12 suggested he had surrendered and quit. There were also reports that he had been sacked.

A group of students delighted to see him back carried him shoulder-high in the scorching sun, chanted and blew vuvuzelas. They continue to sing as the VC climbs five flights of stairs to his office.

At 2:36 p.m., he came out of the stairs. Excited but calm, in a lightly taped white shirt, ruffled from the lifting of students and the jostling of staff members, gray suit and brown tie, he said: “I want to make it clear that I did not resign because there’s nothing wrong I’ve done.”

Professor Wainaina’s woes stem from the disputed ownership of a plot of land adjacent to Kenyatta University’s Teaching, Research and Referral Hospital, which led to his sacking a few days ago.

Last week, the Employment and Labor Relations Tribunal ordered his reinstatement pending a hearing and decision on a case involving his dismissal from the university.

The former primary school teacher assumed the post of vice-chancellor on January 26, 2018, after serving in an interim role for two years. He took over from Professor Olive Mugenda, now Chairman of Kenyatta University Teaching, Research and Referral Hospital.

Professor Wainaina is responsible for the university which has over 70,000 students spread over seven campuses. The main campus covers 720 acres, part of which is set aside for other projects, including a World Health Organization center.

The government’s decision was challenged in court.

Professor Wainaina’s tenure as Vice-Chancellor has been marred by challenges, not just the land battle.

Barely two months after taking the reins of Kenya’s second oldest university, professors went on a 78-day strike over disagreements over the implementation of a collective bargaining agreement that was drafted in 2010 to 2013, and from 2013 to 2017, part of which before his mandate.

He pleaded with professors to rethink the strike, noting that the university’s two-month closure had considerable negative effects, including some financial ones. In 2019, when the dust seemed to have settled, some students, demanding his resignation, threatened to disrupt learning and picket.

The students accused Professor Wainaina of introducing “draconian rules that are oppressive to them and their parents”. The dispute centered on the increase in the costs of obtaining the diploma and the compulsory use of a new gateway within the university.

“It was a political decision because they had their person they wanted to occupy the seat of the VC,” said Kenyatta University (KU) student union president Moses Ngigi. business daily. “He’s approachable, a father figure, humble, calm, listens and doesn’t act out of anger.”

Then followed the ownership battle over Kenyatta University’s teaching, research and referral hospital which escalated in Parliament.

Documents tabled in parliament have revealed behind-the-scenes battles between the hospital’s board and the management of Kenyatta University over control of the 8.7 billion shilling facility.

Initial plans for the establishment of the hospital called for its facilities to be used exclusively for teaching, training and research.

However, this did not happen, making the case one of three cases involving KU that have been filed in court.

“The reason I think we have to fight for this hospital is that if we don’t, our medical school is going to be closed. He is going to be disbarred for failing to meet the standards,” Prof Wainaina said.

He says that’s why he was moved to tears on July 12, as he addressed students and staff, telling them it could be the last time he speaks to them. as VC.

Holder of a doctorate in philosophy of education from Canada, he understands the intrigues of Kenyan universities like the back of his hand. For 36 years he worked in different universities, most of them transferred to KU. He first became a lecturer at KU in 1985, before joining Moi University as a lecturer in 1987.

He was an associate professor of education at Moi University between 1990 and 1996 and later became a full professor at the same institution.

He returned to KU in 2005 as a professor. Four years later, he was made a member of KU’s board of directors, serving for five years. He also became a member of the Public Inter-University Councils Consultative Forum (IPUCCF), which deals with employment in public higher education institutions.

One of Professor Wainaina’s greatest accomplishments at KU was overseeing the construction of the university’s flyover that connects the hostels and the main wing, a project the completion and use of which angered some students.

As Kenyans wait for the court ruling and the praying teacher who relaxes while jogging takes on the biggest challenge of his career, will he be okay?

2022-07-31
Previous Post: Taming the Abuse of Power
Next Post: KYM looks to electric vehicles and renewable energy to fuel its business transformation