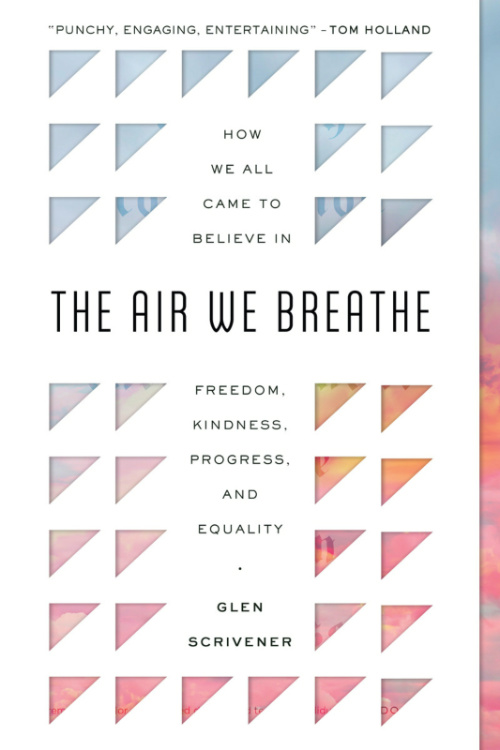 “[T]The strength of Scrivener’s book lies not so much in the arguments it presents – many of them can be found elsewhere – but in the engaging way in which it brings them together into a manageable whole.”

Amid the growth of what statisticians call “nones” (people who do not identify with any religion or faith), many may be unaware of the influence of Christianity in Western societies today. today. UK-based Australian Anglican priest Glen Scrivener, director of evangelical charity Speak Life, aims to correct that with a book he says is about “a chance to slow down and pay attention to the atmosphere deeply Christian in which you live”.

His thesis is essentially that whether or not people identify with Christianity, many of the values ​​that we take for granted in the West have their roots in the Christian faith. Or, as he sums it up in just two sentences: “The extraordinary impact of Christianity is seen in the fact that you don’t notice it. You already have particularly ‘Christian’ views, and the fact that you think about those values ​​too natural, obvious or universal shows how profoundly the Christian revolution has shaped you.”

Scrivener begins the book in earnest with a chapter showing how different the attitudes of Christ’s early followers were from the prevailing ones. [Roman] culture of the time. Not to mention how shocking the Christian claim that “God himself had been hung on a cross” would have been something Paul himself was referring to when he wrote in I Corinthians 1:18 that “the message of the cross is folly. But for us who are saved, it is the power of God.”

We are then taken through a series of chapters, each exploring one of seven “values” – equality, compassion, consent, enlightenment, science, freedom and progress – and building on the impact that Christianity has had in defining them over the period spanning from, as he puts it, “Genesis to George Floyd.” In these chapters, Scrivener examines biblical texts as well as the opinions of everyone from Plato to second-century Christian critic Celsus, contemporary atheist Sam Harris to St Augustine, and Galileo to abolitionist Frederick Douglass.

The book ends with a few chapters examining how these values ​​operate in today’s society and what happens when they are divorced from Christianity – or more specifically from Christ – as evidenced, for example, by the rise of “cancel culture”.

“Such values ​​have never been ultimate in Christianity,” he writes. “Christian morality has always been the moral of a story. In the West today, we have abandoned the story, anonymized the hero and kept the moral – and now we wonder why our culture is breaking under a million accusations of anger. The kingdom without the king is not so much a place of liberation as a place of judgment. But in this democratic republic, we are all judges, and we are all judged. We desperately need someone above and beyond values ​​- a person who does not simply expect our best but who forgives our worst.”

There is depth to these pages, but sometimes levity and even humor – at one point Scrivener, arguing that there is an “upward and downward sensibility” for humans, goes on to describe the humanity as “sky-kissed dustbags” while in another he describes going to a preaching concert to find the title of his sermon – “What does it look like when God shows up?” – on a poster next to an image of his own face (“It can only be a deep disappointment for people”, he notes).

But it is the central theme – the contribution that Christianity has made to shaping what is, in essence, good and evil in our world today – that will remain with the reader as Scrivener, chapter by chapter, builds his file. And while he doesn’t shy away from the ugliness of what Christians have sometimes said and done, the weight of evidence he presents in support of the argument that Christianity has shaped so much of what we cherish as “Western values” is undeniable.

The strength of Scrivener’s book lies not so much in the arguments it presents – many of them can be found elsewhere – but in the engaging way in which it brings them together into a manageable whole.

The air we breathe – which Scrivener hopes will be of interest to “nones”, “dones” (those who feel they have left Christianity) and “won” (those who are already Christians) – should serve as an excellent topic of conversation for anyone with at least a passing interest in the Christian faith and its impact on the world we live in today.

2022-06-08
Previous Post: How people will power enterprise security in 2022 and beyond
Next Post: 1.3 million people will benefit from solar energy financed by the World Bank