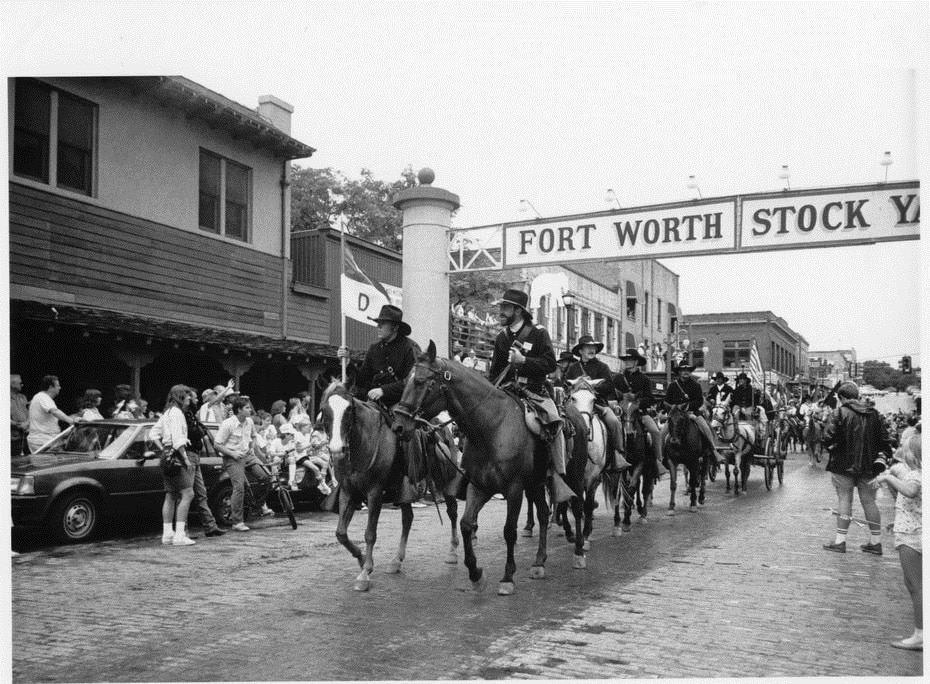 
The Cowtown Coliseum in Fort Worth plans to expand its entertainment offering through a new partnership with The PBR (Professional Bull Riders), ASM Global and Stockyards Heritage Development Co. announced on June 2.

The new joint venture will operate the historic Cowtown Coliseum and expand entertainment programming and marketing partnerships within the National Historic District.

In addition, PBR will produce dozens of Western sporting events at Cowtown Coliseum each year, as well as concerts, shows and other content focused on the Western lifestyle. This programming will also be broadcast on the various media distribution channels of PBR. In conjunction with ASM and Stockyards Heritage Development Co., PBR will lead sponsorship sales and brand activations for the site and surrounding district. ASM Global, a Los Angeles-based entertainment experience producer, will oversee the day-to-day operations of Cowtown Coliseum, the programming of non-PBR events, and the development of unique VIP experiences.

“I am honored to see these visionary partners, Stockyards Heritage Development Co., PBR and ASM Global, come together to take the investment in Stockyards to the next level, building for the future in a way that remains true to our proud West roots, ”said Fort Worth Mayor Betsy Price. “This announcement and partnership is fantastic news for Fort Worth, both for those who hang their hats here and for those who will visit and experience our unique style. As a city of cowboys and culture, there is no better home for this business than Fort Worth.

“As the world’s premier promoter, producer of Western sports events and broadcasts, PBR is honored to partner with ASM Global and Stockyards Heritage Development Co. to expand entertainment options in the already vibrant Cowtown Coliseum and surrounding district as a global tourist destination. Said Sean Gleason, Commissioner and CEO of PBR. “This partnership adds to PBR’s content and media strategy by providing another excellent platform to bring Western sports and lifestyle content to a wider audience through our media distribution channels.

The first event at Cowtown Coliseum as part of the new joint venture and a harbinger of future Western lifestyle programming to come will be the PBR Stockyards Showcase on June 4.

In addition to featuring a bull stopping for the league’s Touring Pro division, the PBR Stockyards Showcase will also feature the premiere of PBR Bulls Gone Wild, a new specially formatted bullfighting extravaganza that brings together guest stars, freestyle bullfighters and games. show challenges in front of a live audience.

“As ASM Global is focused on creating unique and valuable experiences for our clients, we are very excited to forge this one-of-a-kind project through a dream team partnership in Fort Worth.” said Bob Newman, president of ASM Global. “The Stockyards is truly a one-of-a-kind international western destination. By combining a rich historical past engaged in Western heritage, new investments in cutting-edge experiences and exciting new programming being developed, the possibilities for expansion of the district are virtually limitless.

PBR has a long and successful relationship with ASM Global. More than half of the PBR events in its first series take place at ASM venues.

“We are proud to expand the partnership we have with the City of Fort Worth and County of Tarrant on our ongoing stockyard developments to now include PBR and ASM as management, brand and content partners. for Cowtown Coliseum and our other assets in the district, “says Craig Cavileer, Managing Partner of Stockyards Heritage Development Co.” Our investment in Stockyards includes over $ 200 million with Mule Alley and Hotel Drover over the past three years , and we look forward to expanding our vision of uplifting and enhancing the visitor experience while paying close attention to the history and heritage of Stockyards. We know that PBR and ASM share our core values ​​and will be great partners for us and for the City of Fort Worth ”.

At present, the site hosts Stockyards Championship Rodeo almost every Friday and Saturday, having paid out over $ 45 million to over 200,000 competitors and over 240,000 animal, horse and bull athletes, who have competed against each other. titles inside Cowtown Coliseum.

A multi-purpose space, the over 16,000 square foot Cowtown Coliseum, which can accommodate approximately 3,000 people, including the updated VIP club and reserved areas, also hosts concerts, family and trade shows, as well as selected sporting events, including the annual semi-finals of RFD-The American Rodeo.

I am from California, but my plants are not | Way of life

Become an example for the younger generation | Way of life