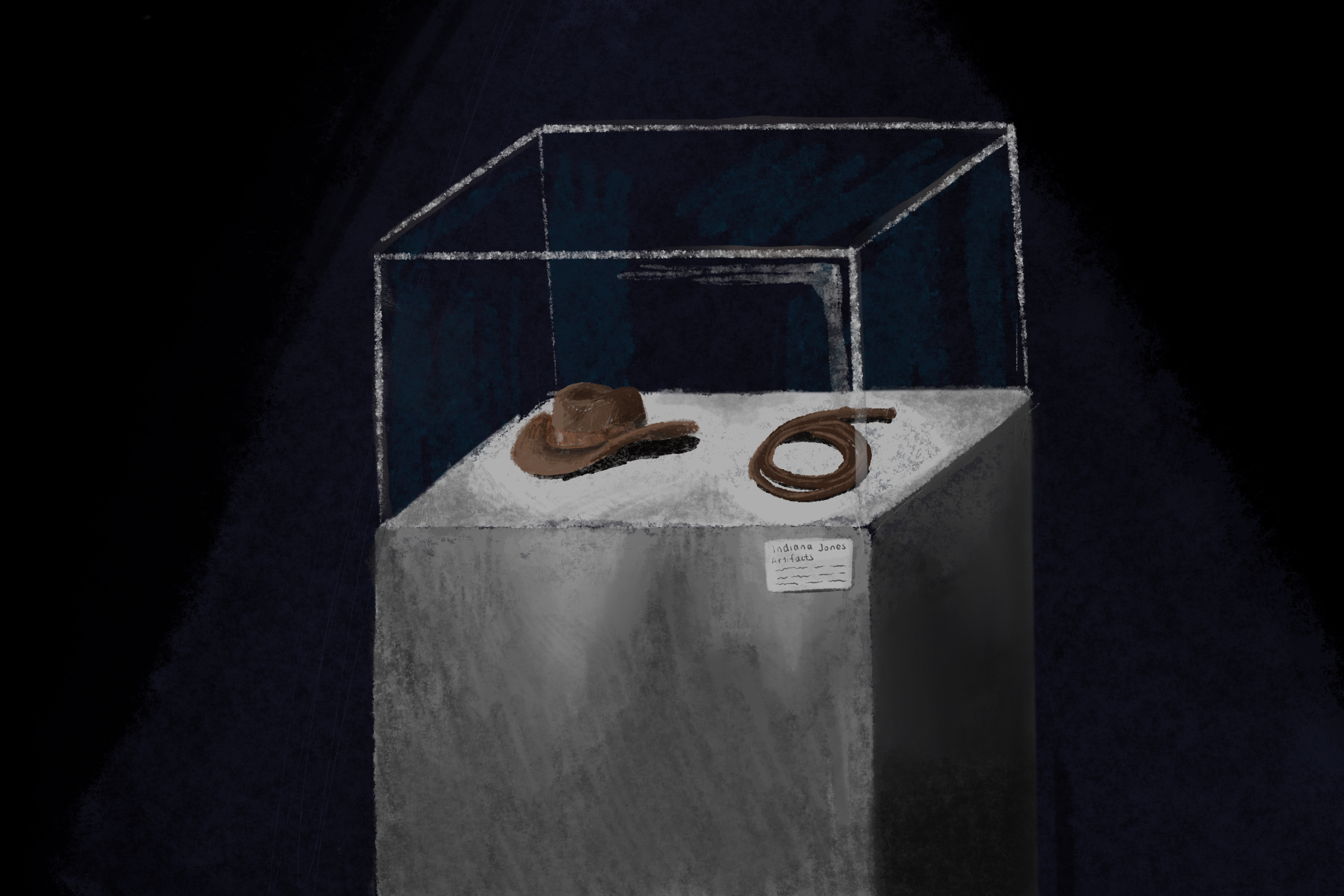 I’m not Indiana Jones, and I don’t wanna be

As an anthropology major, I’ve always had a love-hate relationship with the Indiana Jones movie franchise. The character of Harrison Ford was an inspiration to me in my youth. His archaeological excursions have greatly contributed to arousing my interest in the field of anthropology. But as with most things as one gets older, becoming educated reveals the problematic and crude realities of the real world. Indiana Jones is littered with colonialist and Eurocentric notions that do not correspond to the contemporary reorientation of anthropology to decolonize the field. The feelings Indy gives off do not correspond to today’s anthropology. The cultural image of Indiana Jones as a caricature of the modern archaeologist or anthropologist illustrates the increasingly pressing need to decolonize the field of anthropology. And I hope the fifth installment of the franchise, slated for release in 2022, will be the final nail in the coffin of Indiana Jones’ coated Eurocentric portrayal of archeology.

One of the most controversial attitudes of the character of Indiana Jones is his belief that cultural objects “belong to a museum. “While seemingly just a quote on the importance of preserving the past through curation and curation, his words tap into the complex politics surrounding the recovery of archaeological artifacts, ownership of the past, and museum rights – particularly in the West. – from transplanting artefacts from their cultural region to collecting cases for educational purposes. Most of the time, Indy never realizes the transport of the artefact to the museum; it ends up being destroyed or handed over to the inhabitants of the region. But the underlying statement of globalization cultural hegemony Western museums exist in the movies.

Repatriation is the act of returning looted cultural objects to their country of origin. This act aims to continue to uproot the colonial ideologies inherent in museums holding artefacts taken under colonial rule. Although this is by no means a solved problem, the balance tips in favor of the former colonial powers returning certain cultural objects to their place and culture of origin. The Netherlands is leading the pack with Dutch museums instituting a € 4.5million project to create a guide to repatriating artifacts to former Dutch colonies. It is a museum landscape very different from that of Indiana Jones. Repatriation is a hot topic in museology, and it’s not as straightforward as Indy claims.

I am a proud member of the anthropology community, but I will be the first to recognize the ugly history of the field – a history that was lauded by Indiana Jones movie theater. Anthropology and archeology have been and still are, in many ways, plagued by practices and the epistemological ideologies that arose from the roots of colonialism. Early anthropologists were often tasked with understanding Indigenous peoples in the name of helping a Euro-American power in colonial expansion. Racist, imperialist and colonialist beliefs have often infiltrated ethnographies and archaeological excursions. Indiana Jones, unfortunately, perpetuates colonial rhetoric. The portrayal of indigenous peoples in films is extremely negative. Indigenous peoples are portrayed as Indy’s fierce enemies. The Indian characters in “The Temple of Doom” are cartoons and the Ugha tribe in “Kingdom of the Crystal Skull” is shown using spears thanks to ancient divine knowledge. Rarely presented in a positive light, it creates an underlying tone of colonial perspectives on indigenous cultures in areas that were colonized. This is inconsistent with the way contemporary archaeologists do and should interact with individuals of the culture they are studying.

Take any theoretical socio-cultural anthropology course, and the decolonization of anthropology is bound to the surface. The concept began to germinate around the cusp of the ‘90s. It is based on the modification of the epistemology, the pedagogy and the methodology of the discipline to move away from the colonial beliefs from which the discipline was born. It sounds different within different anthropological sub-disciplines, but one commonality raises diverse voices. In addition, the concept and recognition of power is crucial for the movement. Anthropologists and archaeologists have power when they produce knowledge. To advance anthropology in the future, the discipline must be decolonized – yet things like Indiana Jones hold back anthropology.

Indiana Jones impact on public interest in archeology is without debate. The actor John Rhys Davies claims to have spoken with over 150 professional archaeologists who were inspired to continue in the field after watching “Raiders of the Lost Ark”. Ask anyone to name a famous archaeologist, and the most prominent you can think of will probably be Indiana Jones. For this I am indebted to the film series. I have to wonder how many archaeological finds have been made by people whose entry into the profession was this film franchise. But the imperative to recognize Indy’s aforementioned problems is more important than increasing the number of professional archaeologists.

If Indiana Jones is to remain the media representative of anthropologists and archaeologists, the ideologies on which its excavations are based must be reviewed. The representations of the profession in the media are not trivial. They affect the views, the interests of the public and therefore the amount of funding devoted to anthropological research. Not only must Indiana Jones be criticized on the colonialist foundations on which it rests, but it must also be modeled on current beliefs in contemporary anthropology. It is a question of ethical and financial security for the discipline. We, the people with controlled involvement with anthropology, have a duty to ourselves to rework or erase Indiana Jones. The kind of colonialist and racist messages that films perpetuate are increasingly disconnected from archeology. The next film released in 2022 will be the final decision on the next actions to come.

Details emerge of ‘sudden’ death of Sydney man in his twenties