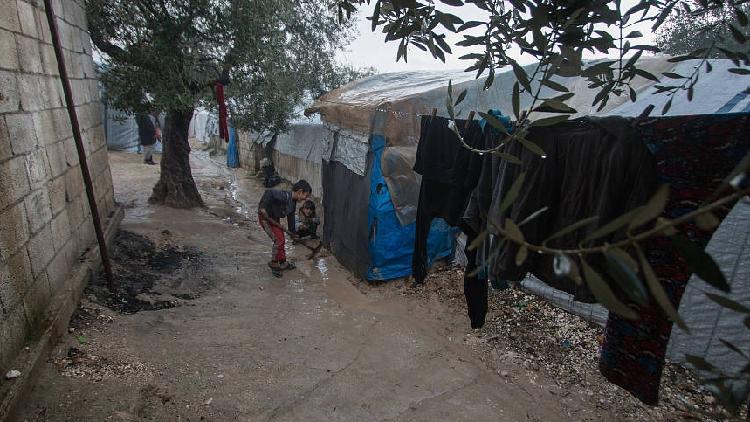 Editor’s note: Bobby Naderi is a London-based journalist, guest contributor to print, radio and television and documentary filmmaker. The article reflects the opinions of the author and not necessarily the views of CGTN.

On January 24, the world once again turned to another review of Damascus by the United Nations Human Rights Council (HRC) as Western powers lined up to criticize the Syrian government and slam the treatment of its appalling citizens – amid much self-praise and corporate media. congratulations.

Damascus, for its part, said the foreign occupation of the country in support of armed terrorist groups had had a catastrophic impact on human rights. “This has limited the ability of the state to fulfill its role as guardian of citizens’ human rights,” Syrian Deputy Foreign Minister Bashar Jaafari told the council in Geneva.

Jaafari’s argument in no way suggests that Syria does not have human rights issues. This is prima facie evidence that human rights challenges are faced like any other country. It is about understanding how certain powers deliberately distort realities in countries known to pursue alternative models that challenge their hegemony.

The Chaos of Advancing Colonial Interests

Looking back briefly, historical records tell us how the Pentagon generals had a good time when former US President Barack Obama ordered the US military to do just about anything in Syria to promote America’s economic, military and strategic interests. He launched the war in Syria in 2014 under a congressional resolution, even putting a stamp of approval and $500 million in a training program for Syrian rebel groups.

Whether the HRC likes it or not, the United States and its uncertain allies are responsible for the failed Syrian catastrophe and all that comes with the quagmire of its “democracy” experiment, including the refugee crisis, the food shortage, terrorism and human rights violations.

It is certainly a good time for the CDH to propose something new, another track perhaps, that which is called impartiality. The sad irony is that even the Council has the illusion that human rights and democracy in Syria are tied to Western cultural traditions and that Washington can play the democracy card anywhere.

The Board has an opportunity to put an end to this error and to repeal its bias. These truths are self-evident. Human rights and democracy are not solely the consequence of Western philosophy and culture, nor are they linked to Western cultural traditions and policies. They follow the tradition of universal justice and morality.

Speaking of justice and morality, as the brutal conflict between the Syrian government and rebel forces rages on, as the Pentagon arms rebel factions and pursues an air campaign that fuels civil war, as other actors wage their own airstrikes and Syrians fleeing for their lives amid untold violence and misery, how is it possible for the Syrian government, under economic sanctions, to feed its displaced citizens, let alone protect their basic human rights? 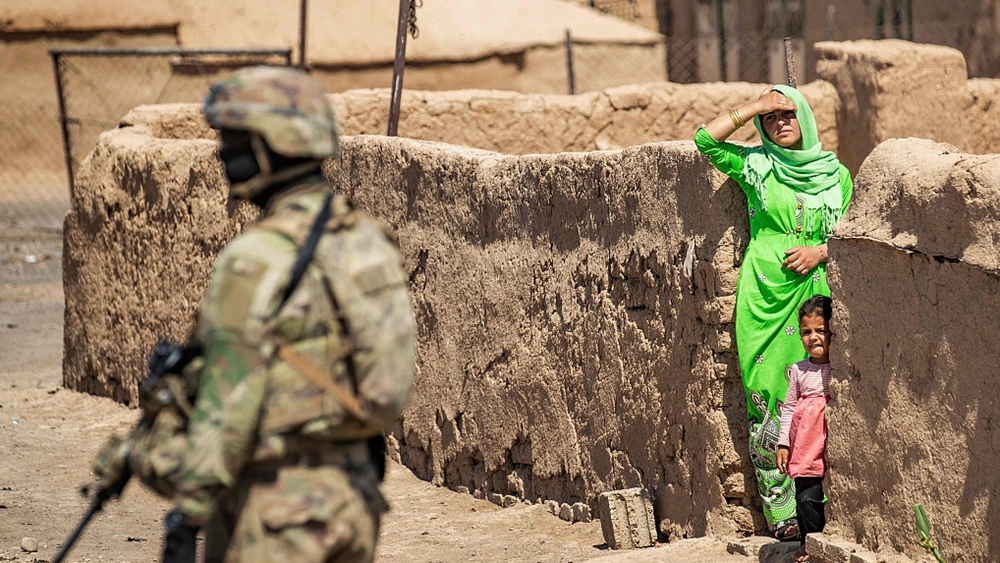 A US military patrol in Syria’s northeastern province of Hasakeh on June 22, 2021. /CFP

A US military patrol in Syria’s northeastern province of Hasakeh on June 22, 2021. /CFP

As former US President Donald Trump has acknowledged, the war in Syria is “only for oil”. The translation is that US forces are not there to fight terrorists or spread democracy, despite Pentagon officials trying to wage war on democracy and human rights.

Things got complicated for the Pentagon when, at a rally, Trump praised his decision to keep troops in eastern Syria to control the oil fields and even bring in American companies to extract the oil. there, despite warnings that such a move could amount to a war crime. He said, “People said to me ‘why are you staying in Syria.’ Because I kept the oil, which frankly we should have done in Iraq. We have the oil, really safe.”

In practice, the new tenants of the White House are also driven by the same oil incentive and the same regional designs. They would not spend billions of dollars fortifying military bases in Syria unless they perceive the expense has been repaid somehow. They only left Afghanistan because there was no oil.

Depending on which version of the myth you read, a basic understanding of history and economics could demonstrate how US President Joe Biden’s policy is also about ensuring the United States has permanent access to energy resources in Syria and the region. It is intended to protect the strategic petrodollar system. Protecting the current “dollars for oil” deal requires the United States to also control and regulate the flow of natural gas resources from the Middle East to Europe.

On the face of it, global players have the audacity to send their rebels to the Syrian peace talks to help rebrand their futile efforts. The rebels are actively bidding on American interests and being compensated in exchange for money and eliminating their rivals. As appalling as it may be, it is about changing history and pulling Syria into the American sphere of influence.

In such a context, it is essential to recognize the efforts that Syrian civil society could make to put an end to such an endless nightmare. They could plan local initiatives for peace and reconciliation this year. Broader engagement going beyond key political actors to include local civil society, ethnic leaders, and representatives of refugees and displaced populations could help improve Syrian democracy at the expense of licensed shock and awe catastrophe. American. There is almost no way to overemphasize how national dialogue and reconciliation could eventually liberate Syrians from the cycle of violence that the US military has produced.