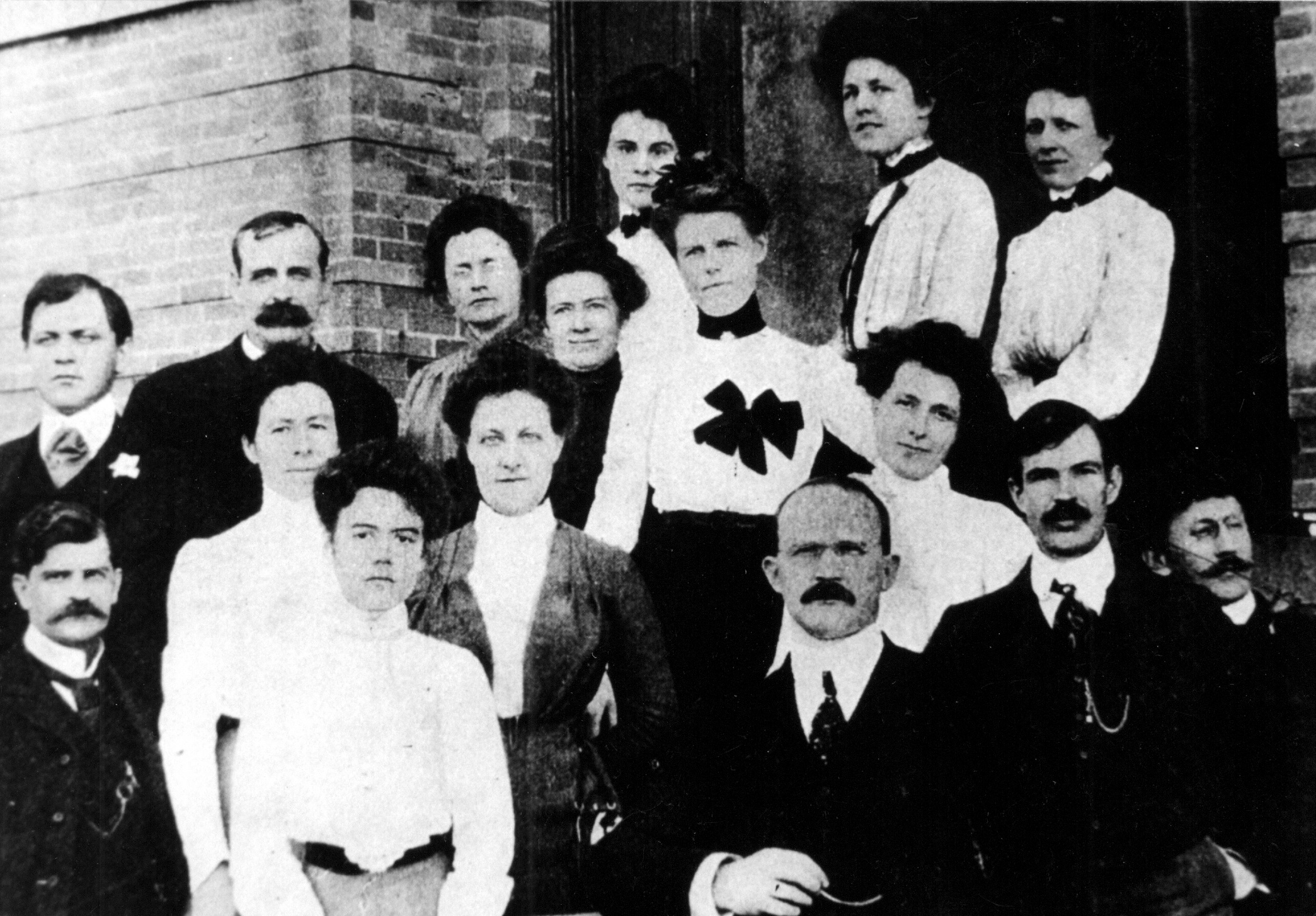 Founded when the city was still made up of four distinct towns, Western Washington University remains one of Bellingham’s most notable institutions. The four-year college has shaped the community of Bellingham for over a century.

“Western is – what, now?” – the second largest employer in Whatcom County, ”says Elizabeth Joffrion, Director of Heritage Resources. “A lot of students stay here and end up working in the workforce and bringing that education back to the community.”

“Bellingham and Western have a very good relationship with each other,” said Paul Cocke, communications director for the university office. “There’s all kinds of research that shows that communities with a university in their location benefit in many ways. “

A look at Western’s history reveals the community at the forefront.

“Old Main operated as a university for a number of years,” Joffrion explains. Classes opened at Old Main in 1899. The first president Edward T. Mathes and the first librarian Mabel Zoe Wilson inspired the names of Mathes Hall and Wilson. Edens Hall became the first residential facility in 1903, and the science lab (later “Campus School”, now Miller Hall) opened in 1910. In that year 1,040 students enrolled.

The Whatcom Normal School developed in the 1910s and 20s as schools across the country turned to a 20th century general education model. “Over the years, he has focused more on the liberal arts and broadened his educational mission,” explains Joffrion.

Appointed in 1923, President Charles A. Fisher was instrumental in the expansion of the liberal arts. The school became the Western Washington College of Education in 1937. Governor Clarence Martin controversially fired Fisher in 1939, a year later. Bellingham Herald editor Frank Sefrit headed a citizens’ committee accusing him of communism.

“It was really a bit of a clash between the West moving more towards a progressive liberal arts direction with their upbringing that was maybe a bit out of step with the community consciousness of what education meant,” explains Joffrion.

“There has been a sharp increase in the number of people seeking a college education and it has been felt nationwide,” Joffrion explains. “Many of these small regional schools became part of a larger public system and there was a commitment within state legislatures to advancing the goals of higher education. “

The Western campus has spread across Red Square and surrounding buildings such as Humanities, Bond Hall, and Haggard Hall. President Charles Jerry Flora led Western during this time of political upheaval, cooperating with student protesters and achieving university status.

“He succeeded in putting pressure on the legislature and he was a very good administrative figure in Western history,” explains Joffrion.

Since 1974, the state legislature has funded Western public arts programming. “Our collection of outdoor sculpture has been named one of the top ten at universities in the United States,” said Cocke. Featured artists include Isamu Noguchi and Mark di Suvero.

“The sculpture garden is particularly extraordinary in terms of the caliber of the artists represented on the campus,” explains Joffrion.

Western’s recent expansions, such as the journalism buildings and the Wade King Student Recreation Center, have followed the campus to the south side.

“I’ve been here on and off for long enough to see the evolution of this,” says Joffrion. “With the establishment of Arntzen Hall and Huxley College, the campus began to develop in this direction.”

Today, Western values ​​diversity in its academic programs, faculty and students. The Western Foundation manages more than $ 100 million in assets and Campus Compact reimburses hundreds of thousands of hours of community service each year.

“Members of the Western community – faculty, staff and students – are entangled in the communities of Bellingham and Whatcom County,” says Cocke. “Our students volunteer for nonprofit organizations, our faculty and staff are on board to help with important community initiatives.”

The Western Libraries Multimedia Archives-Based Electronic Library (MABEL) collects photos, documents and oral histories of communities in the western and northwestern Pacific. Visitors can learn about the relationship between the University City and the University City, which is still flourishing today.