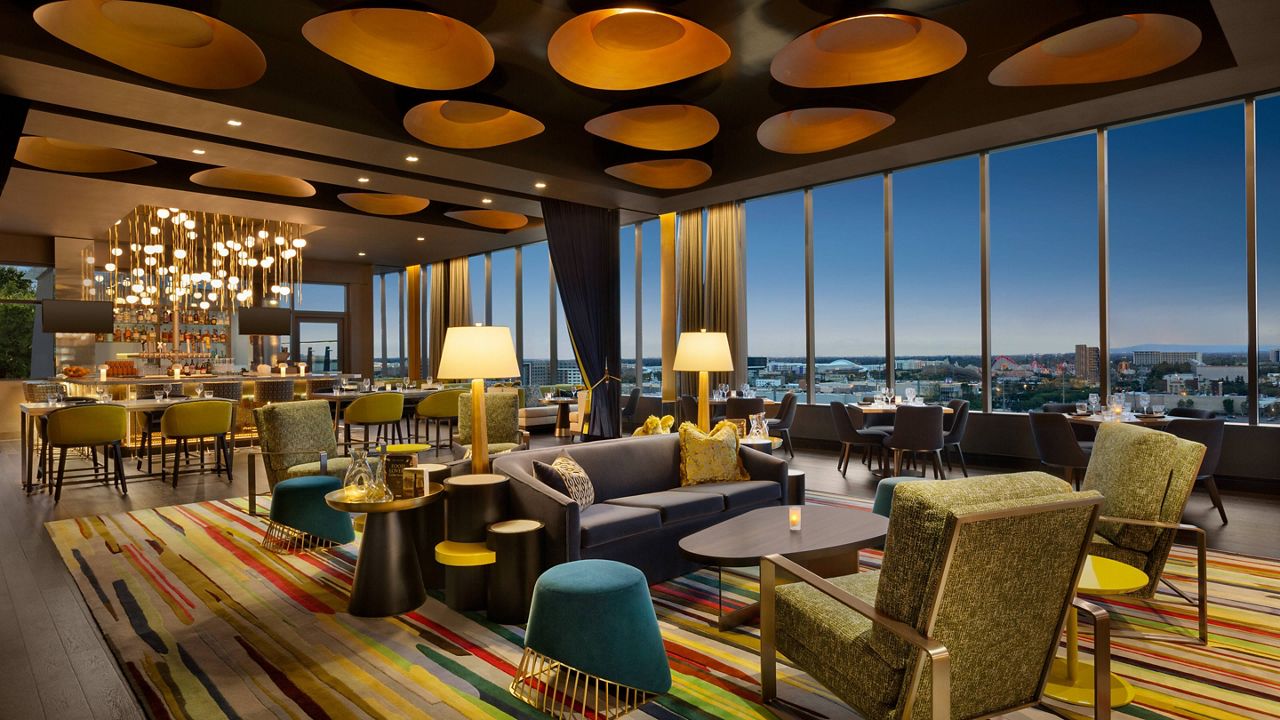 And if there’s one thing Beas knows besides knowing how to manage in the kitchen, it’s Southern California. Born in San Diego, Chef Beas grew up on both sides of the border – in Tijuana – and his upbringing led him to continue his culinary journey.

“I went to San Diego Culinary School. Many people don’t realize how much California cuisine, especially SoCal cuisine and Baja cuisine, relate to each other. Just grow up and eat the staples, seafood, from there [Baja] paved the way for me with what I wanted to do with my career, ”he said.

Growing up in a large family, cooking for Beas was easy “because we always cooked at home and it was fun”. However, Baes isn’t the only one with cooking skills in his family. Her mother also went to culinary school.

“My mother is not a professional chef, but she went to cooking school and she still took cooking lessons. It wasn’t just mexican [cuisine]. She studied other regions and loved to travel. She would go to Morocco, to different places, and learn about spices – world cuisine. I have always been interested in this aspect, ”he said.

Acting on that same interest in traveling and learning new skills, Beas packed his bags and made a faith flight across the Atlantic Ocean to – what at the time was the mecca of the culinary world – San Sebastian, Spain .

“I really wanted to go and learn new techniques. I packed my bags, went to the restaurant and knocked on the door. “Hey, here I am. “They let me in and I started working there,” he said.

He worked and trained at the restaurant Martin Berasategui, three Michelin stars. Knowing the language was helpful, but Beas said he could relate to Spanish cuisine, as the level of pride and respect locals have for what is theirs can also be seen in the Mexican culinary world, but with some differences.

“Mexican [cuisine] is much more ancestral and traditional. It is passed down from generation to generation. It’s never really suited to a more modern approach to things, I guess, but the Spanish [cuisine] continues to evolve and evolve. That’s what interested me as a chef, ”he said.

One of the things Chef Beas said he loves about his job is that he will never stop learning. His mentality is that he has something to learn from everyone. This allowed him to add flavor to his creativity, which allowed him to develop and work on the Blu SkyBar menu.

“We have changed the menu six or seven times since February. Lots of changes, but that’s in relation to what’s around. There are certain types of fish that you can’t get all year round, or mushrooms, or you know, seasonal ingredients. Sometimes I just like to play with new ideas and come up with something new, ”said Chef Beas.

While the current menu at Blu SkyBar is Spanish, Chef Beas said around 80% of it comes from the Basque Country. Some of the dishes include the bacalao con su kokotxa al pil pil (salted cod, cod throat, olive oil, garlic), jamon croquetas (croquettes). 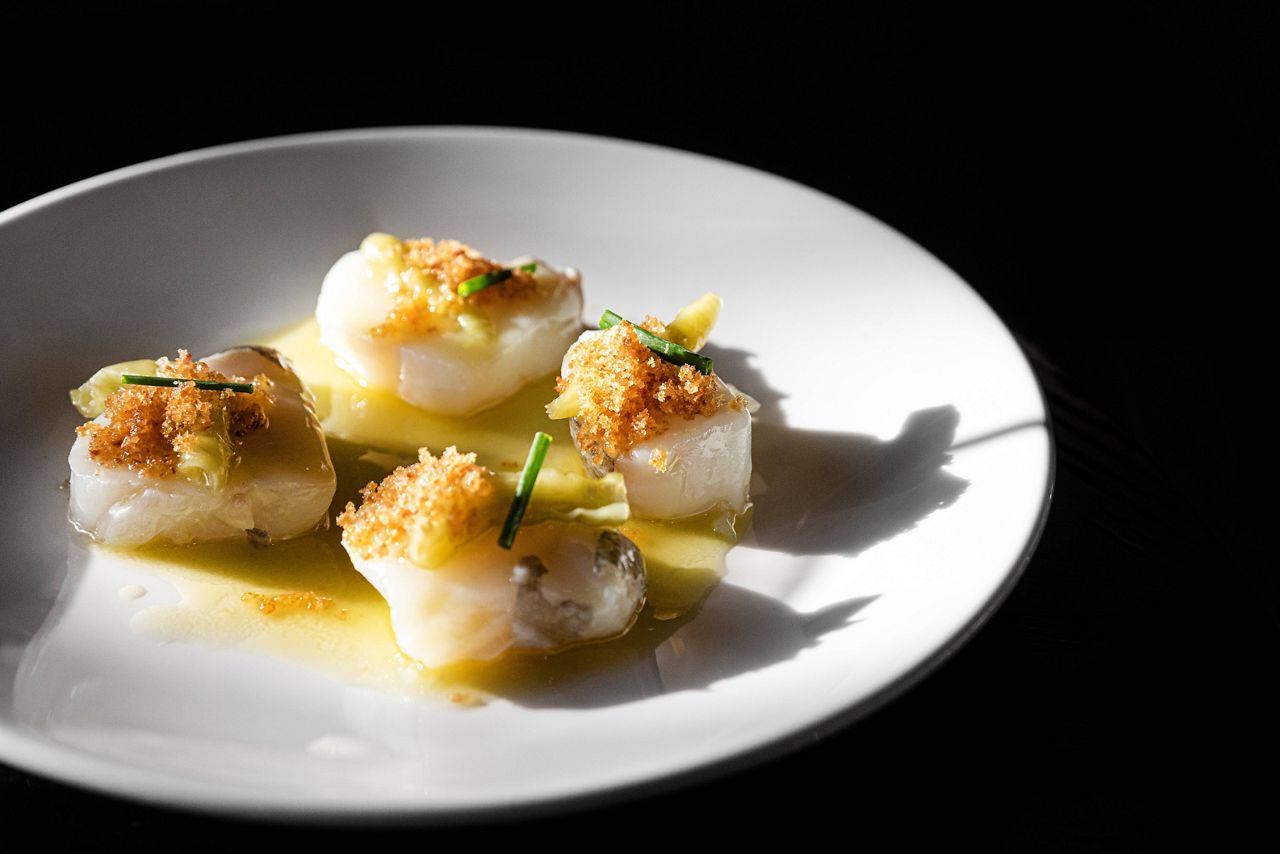 “If you go to the Basque Country, these are their traditional things. Rice dishes like lobster paella and arroz rojo (red rice), it’s more Valencia, but we want to focus more on the Basque region, ”he said. 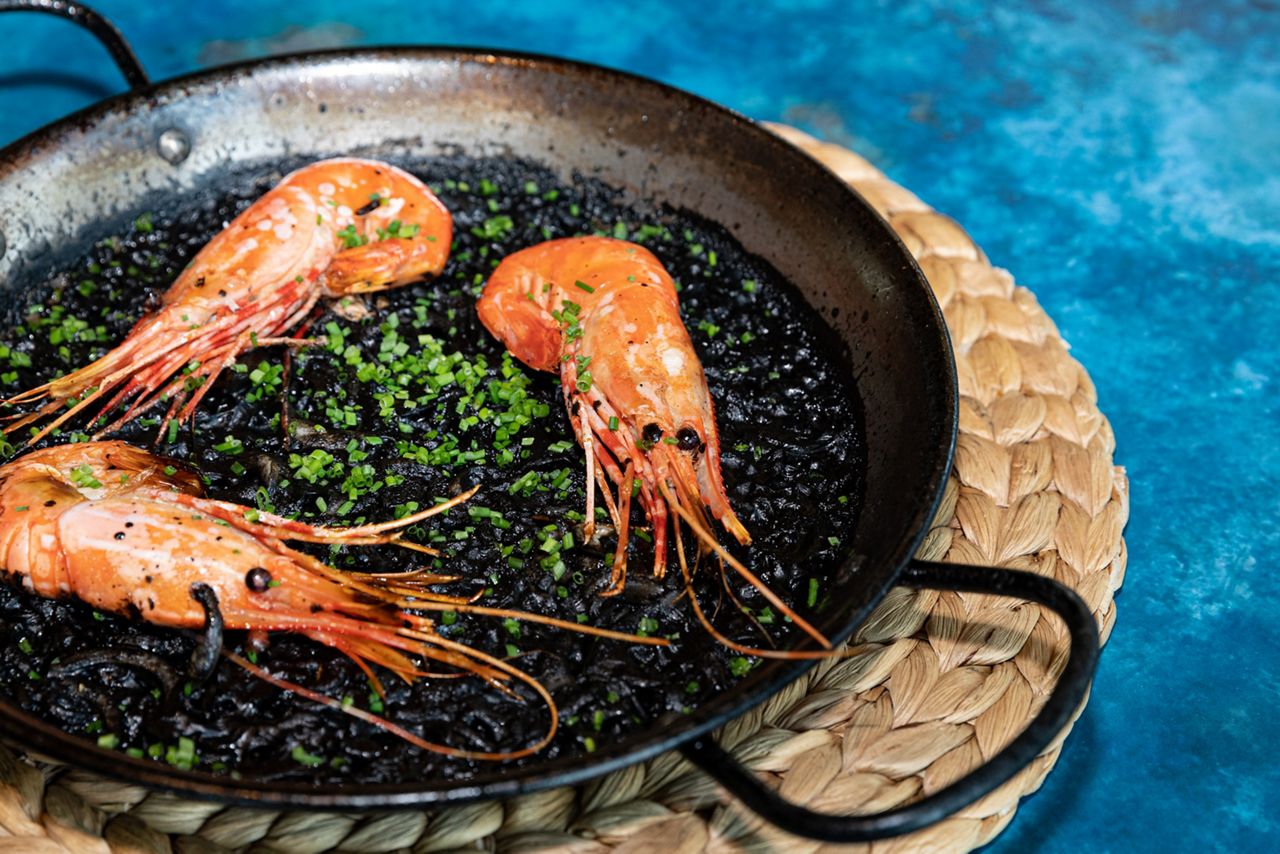 Also on the menu is a premium bone-in, dry-aged porterhouse at $ 140.

Beas said he had reservations about a restaurant serving Spanish cuisine in Orange County, but after doing his research, he found there were few options for Spanish restaurants in the area.

“If we want to do this, we will do well. We’re going to keep it as traditional as possible. Some say Spanish and they don’t know, they think Mexican because “Spanish”. We’re in a good position to get busier and busier, but I just thought something different would attract people, ”he said.

Despite the proximity to Disneyland, according to Beas, 80% to 90% of Blu SkyBar customers are locals.

“We can have hotel guests, but we pride ourselves on the local community, the local awareness. We don’t want to be another hotel restaurant in Anaheim. We want to be the opposite, ”he said. 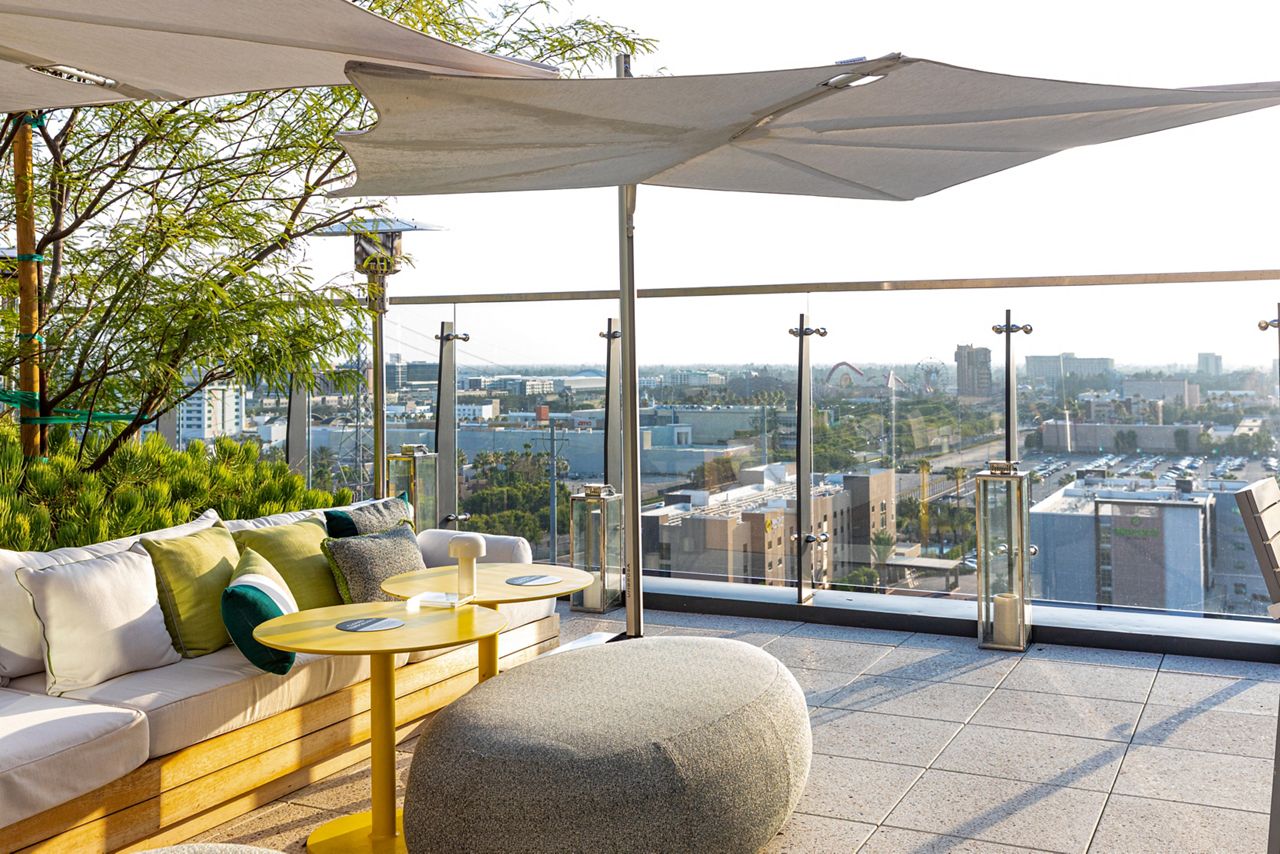 Views over the rooftops of Anaheim. (Courtesy of Cara Harman)

Beas said that with everything going on and with a currently shrunken workforce in the industry, he can focus more on food.

“Being a manager isn’t just about cooking all day. There are other responsibilities. I also have to manage a restaurant. But I think that working with the team, teaching and showing, this positive energy, it makes me feel good inside. The staff arrive happy, the cooks are happy, if you have this environment, they will do anything for you. If we keep doing this, we could really do something very different from a lot of restaurants in Orange County and even LA County. We can step up and be at a different level of caliber, ”he said.

As menu prep work is done at Blu SkyBar, Beas said it will continue to evolve. They’re also working their wine list to be more Spanish, but their bar has 20 taps of local craft beers across California.

The Blu Skybar has an indoor bar and an outdoor bar. 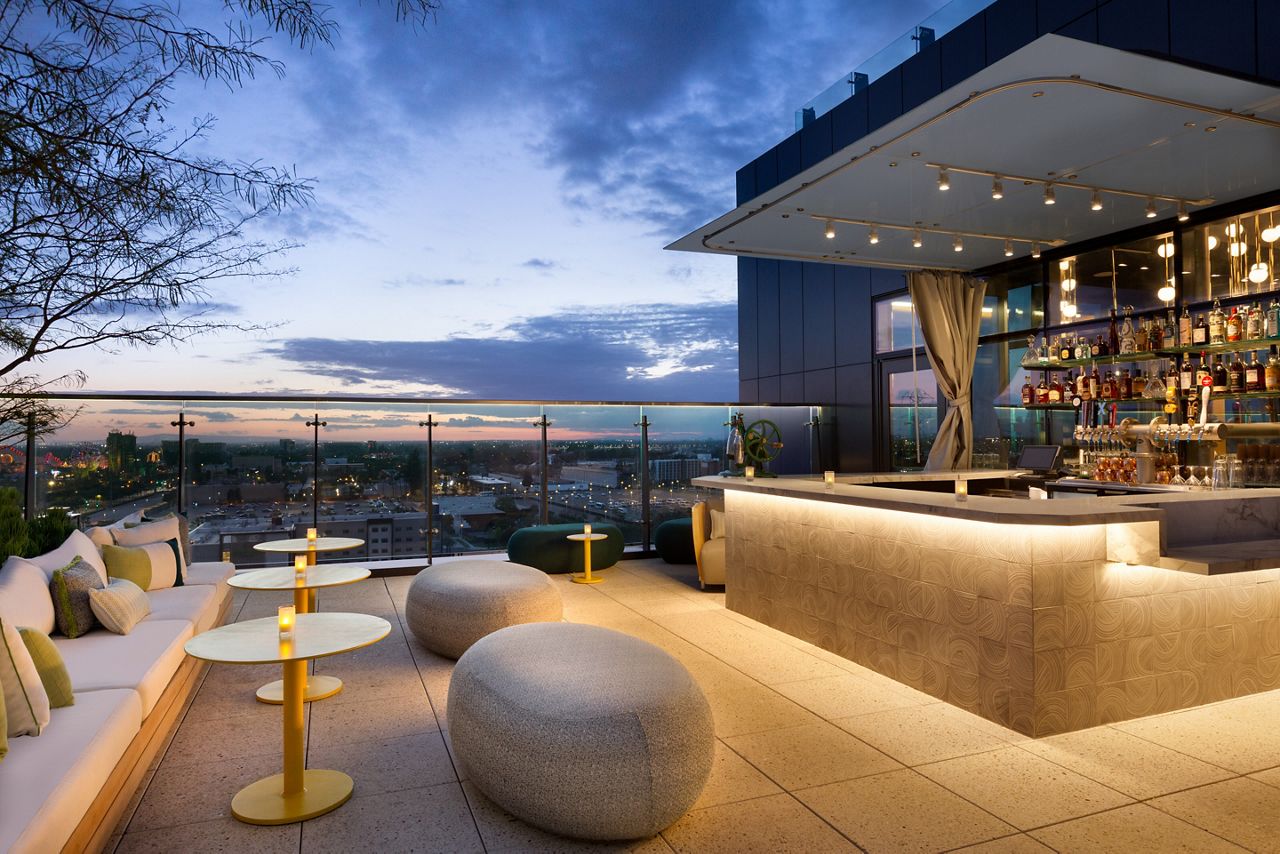 The Blu SkyBar’s dinner service is Tuesday through Saturday 5:00 p.m. to 10:00 p.m., and reservations are strongly recommended.

And for those wondering, yes – you can see the Disneyland fireworks from the rooftop while enjoying your food and drinks.

Details emerge of ‘sudden’ death of Sydney man in his twenties