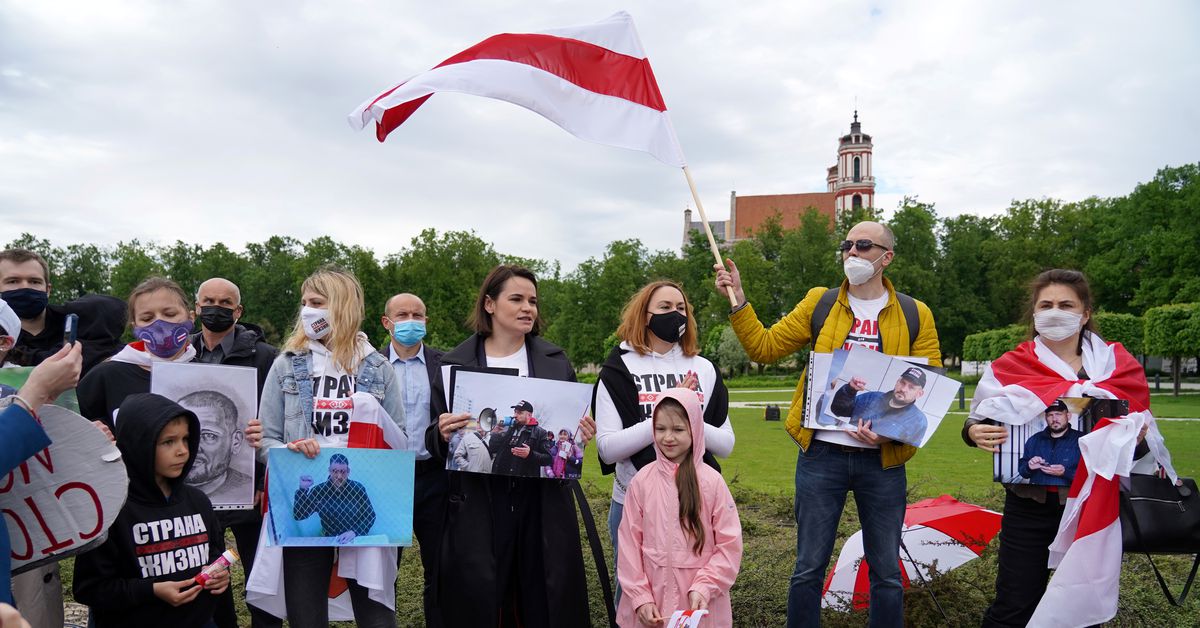 
Belarusian opposition leader Sviatlana Tsikhanouskaya on Saturday hailed worldwide support after Minsk scrambled a warplane to intercept a flight and arrested a dissident journalist on board.

Belarus has been subject to EU and US sanctions since President Alexander Lukashenko cracked down on pro-democracy protests after a contested election last year.

“I am very touched by the support I see in Lithuania and around the world,” Tsikhanouskaya told reporters, standing among a few hundred exiles in a square in Vilnius, the capital of Lithuania.

Protesters were holding photos of arrested blogger Roman Protasevich and his girlfriend Sofia Sapega, a Russian citizen who was also arrested.

Lithuania has sheltered hundreds of Belarusians who it said were at risk of being detained in their country after the presidential election, including Tsikhanouskaya.

“I hope we win this year. I want to come back. I want to be home,” a woman at the protest told Reuters, bursting into tears.

Holding a “Europe Act Now” sign, she declined to give her name because she said it would be dangerous for her family and friends in Belarus.

Lukashenko said on Wednesday that the journalist was planning a rebellion and he accused the West of waging a hybrid war against him. Read more

Protasevich was shown on state television confessing to staging protests. But Belarusian opposition figures dismissed this, saying it was proof that he had been tortured.

Russia has shown its long-standing support in this latest confrontation with the West, with Lukashenko holding a second day of talks with President Vladimir Putin on Saturday. Russia has confirmed it will go ahead with a second $ 500 million loan to Belarus next month. Read more