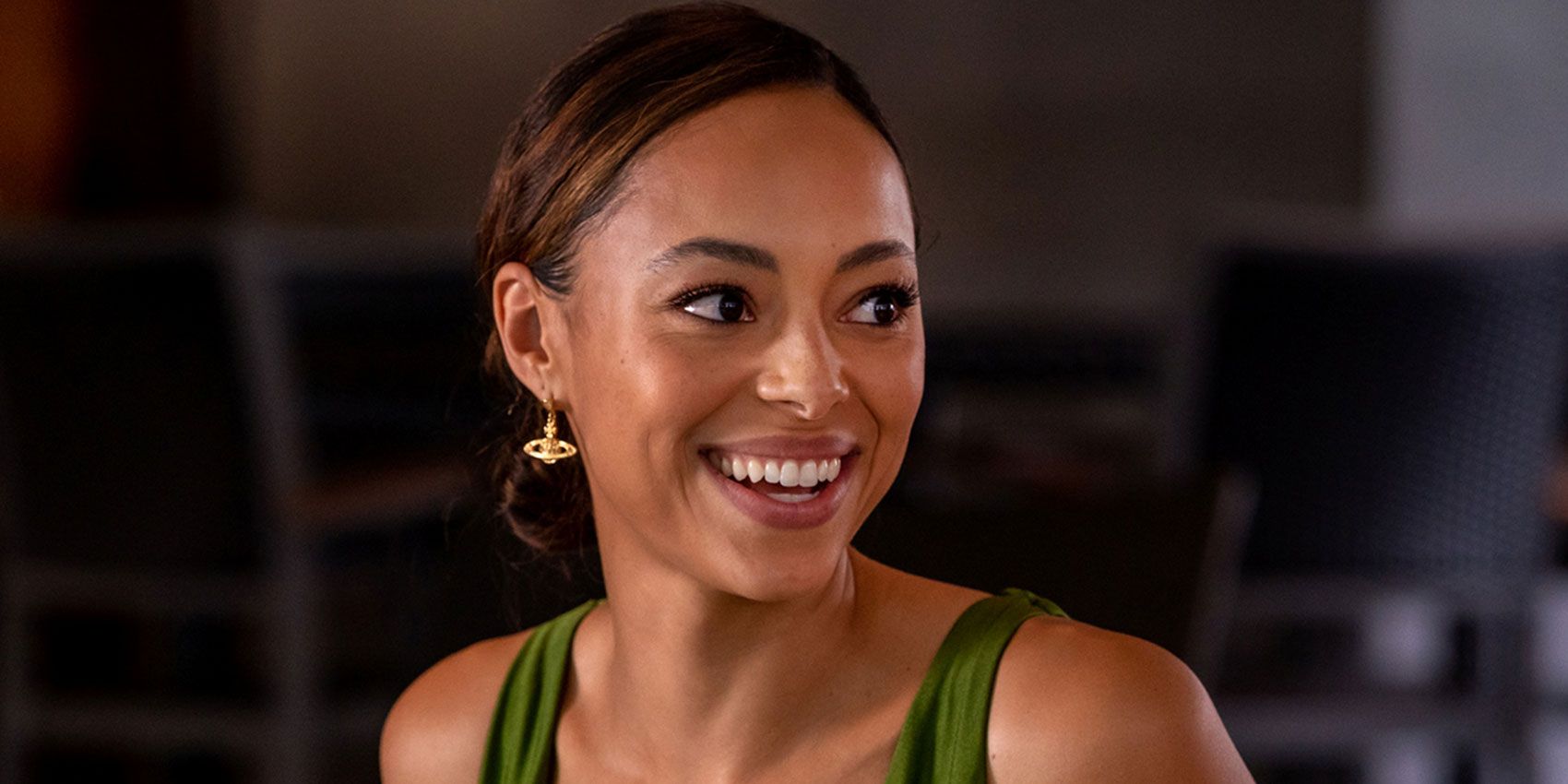 
From the creator Leigh davenport and showrunner Yvette lee bowser (the creator of Living single), the comic series Starz Run the world follows a group of black women – Whitney (Amber Stevens West), Ella (Andrea Bordeaux), Renée (Bresha webb) and Sondi (Corbin reid) – whose fierce loyalty as best friends helps them navigate their personal and professional lives in Harlem. While they each have their own struggles, what they all have in common is how much fun they have with each other as they support and lift each other up.

During a virtual session for the new show, Collider had the opportunity to chat one-on-one with Amber Stevens West about her desire to work in comedy, her love for watching female friendship, being in very good hands with more adult material, what advice she would give her character, turning fear into a positive, how much fun they had during filming and her hope to continue exploring these characters for future seasons.

Collider: Congratulations on your show and on your real baby, and for making these two things happen so close to each other. When this project came your way, why was it a show that spoke to you, at this point in your life?

AMBER STEVENS WEST: There was so much. Everything slowly unfolded towards me, all the different things that made the show so special. When I first read it, it was a show for Starz, so I knew it was going to be more adult content, in that we were going to be discussing things in a more candid way and showing some real relationships from real way. . I hadn’t done any projects like this yet, so it intrigued me. And then I read the show, and it was all about four women and their friendship and relationships with each other. It’s my favorite genre. I love to watch female friendship. I relate to it more than to any other type of show. And it was a comedy, that’s all I ever wanted to do in my life. I just want to work in comedy. I want to enjoy my job every day, laugh and make others laugh.

These are the original things that really stood out to me about this project, but later it really started to make me feel, how important it was to show black women from that angle and the relationship they maintain with each other. . It’s a truly supportive, uncompetitive, loving friendship that these women have and I’m really connected to that. I thought it was so important to show this on TV. Women can have it all. There is enough space for all of us to thrive. I didn’t realize how serious my life was because I never really sat down with the fact that I didn’t get to see a lot of characters that looked like me and looked like me, and I was going to play one. It seemed so important to me.

Was there something that made you the most nervous about the material on this show?

STEVENS WEST: I always felt like I was in very good hands with the show. When I first read it, knowing that it would be a series with sex and that it was going to be more mature, being inexperienced in that way professionally, I was a little worried about what it would all look like. But as soon as I met Yvette [Lee Bowser] and Leigh [Davenport] and we discussed, quite frankly, what the show was going to be and how we were going to operate to do it, I immediately felt at ease. I was in good hands and nothing made me nervous. The chemistry I had with all the actors always seemed very easy to me. We just had a lot of fun and there was a lot of confidence there. Nothing really ever ended up being scary.

Your character is someone who is at this turning point in their life. She goes from being a bachelor to being a married woman, which you have already experienced, with your own growing family. After playing this character for a season and getting to know her, what advice would you give Whitney?

STEVENS WEST: Oh, my God, to give yourself a break, move forward with grace and not be so hard on yourself. We all question our choices in our lives, no matter how small, and you just have to accept it. It’s okay to be faulty. I can understand this. I was Whitney. I just went through what she saw, much earlier than her. In my early twenties, I was certainly very concerned about doing the right thing, but I didn’t spend enough time looking inward and thinking, “Is this really what I want or is it- what do I think other people expect from me? ”

Obviously, women are not a thing, and black women are certainly not a thing. What do you like about what these specific women represent, in their own diversity?

STEVENS WEST: Just that we’re diverse. We are so different. We all look and sound different. The way we see the world is different. The way we behave is different. The one character who embodies that the most, I would say, is Renee. She’s someone who, from the outside, you would look at her with her tiny leopard dress and her new everyday wig and big false eyelashes, and you would decide who she is based on that. She’s so much more than the way she dresses. She’s fabulous and loves to dress up and have fun with it, but she’s also very smart and sensitive, defensive and loyal and has a very powerful job. We are very diverse. We can be many things at the same time.

I love the quote from the series: “Anyone who has ever stood on the precipice of world domination has felt fear. But fear is good. Fear is the fuel. Are you someone who can transform whenever you feel fearful about something into a positive thing that keeps you going?

STEVENS WEST: Yes. It takes work, but there are definitely times in my life where I say to myself, ‘I’m scared’ and then I sit with myself for a second and say, ‘No one is making me do this. . It’s me. I choose to be here. There’s a reason I’m here and it’s because I want something, so just let me go. If I stimulate myself in this way, it changes roles and gives me back my power. It can help you get through those scared times by taking a big leap.

Your characters can definitely have fun on this show. Was there a funniest day on set or were they all fun days?

STEVENS WEST: Every day was fun. I loved going to work, every day. There wasn’t a day I dreaded entering. It doesn’t matter if it’s long hours. In each episode we had so much fun. The show is a comedy. We are there to have fun. The relationship we have with each other on screen is similar to what isn’t on screen, so we just enjoy each other’s company. We had fun shooting an episode where we were in a karaoke bar and we were actually singing all day. We went dancing and got out late. We drank fake drinks and smoked fake cigarettes, but had a great time, like it was the real world. We went out into the park and we were playing on the swings. We were dancing in a circle of drums. Every episode had those moments where we were just partying and living our best lives, so it’s hard to choose one of them to really stand out because every day was so fun.

Have you had any conversations about where these characters and their lives might go in the future, along with other seasons? Did you talk about what season 2 could be like? Do you have your own wish list for your character?

STEVENS WEST: I’ve talked to Leigh a little bit about where she wants to take these characters, but I don’t want to give anything away. Her original pitch for the series was 10 episodes and we only filmed eight, so she already has two episodes, basically ready to go. I know where they are going, and boy, I hope we can get them. You just don’t ever want to leave these characters. Their stories are so fun and accessible.

With its 15th season, the boisterous comedy will become the longest-running live-action sitcom in history.

Christina Radish is a senior journalist at Collider. Having worked at Collider for over a decade (since 2009), she mainly focuses on film and TV interviews with talent in front and behind the camera. She is a theme park fanatic, which has led to covering various openings of grounds and rides, and a huge fan of music, for which she judges life before and after Pearl Jam. She is also a member of the Critics Choice Association and the Television Critics Association.