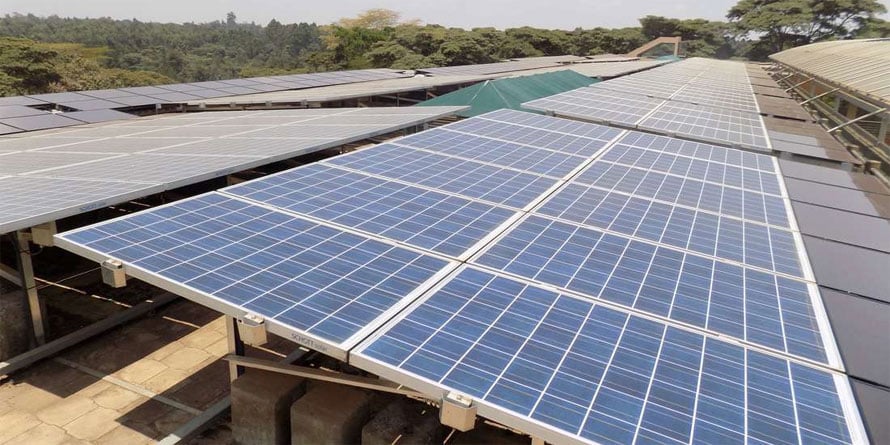 1.3 million people will benefit from solar energy financed by the World Bank

About 1.3 million people in 14 counties will be connected to solar power as part of a 390 million shillings World Bank facility that aims to light up areas not connected to the national grid.

The installation has been extended to 14 businesses and will fund the sale of 122,085 solar home systems and 150,000 clean cooking solutions by July next year. The companies will also offer after-sales services to households.

Kenya has 75% electricity coverage and has increased the pace of electrification supported by off-grid solutions such as solar power to increase the population connected to electricity.

The money will be disbursed under the Kenya Off-Grid Solar Access Project (KOSAP) and aims to incentivize the private sector to invest in solar solutions and provide clean lighting and cooking solutions in counties that are not connected to the national network.

“This project, which is designed to help private sector actors create viable businesses in underserved counties, is an optimal option and a key element in achieving our electrification goals across Kenya, so that no one is left behind. left behind,” Principal Energy Secretary Gordon said. said Kihalangwa.

KOSAP is also looking to build 157 mini-grids across the 14 counties which will be used to connect approximately 61,500 households to solar power.

The Ministry of Energy says at least 387 public facilities will also be connected to electricity through the stand-alone solar systems, in addition to upgrading 380 water boreholes with solar-powered water pumps.

The project in the counties relies on the abundant supply of sunshine which is boosting the government’s efforts to provide electricity to homes.

The government has engaged companies under a results-based funding (RBF) model that provides incentives for institutions to meet the set target.

The companies join 20 companies specializing in solar and clean cooking solution providers that have been operating in the named counties since June 2020. They have sold 96,000 solar home systems, connecting more than 400,000 people to electricity.

The counties are seen as part of marginalized Kenya and businesses need more funding to connect widespread households, prompting the government to roll out the RBF with the World Bank.